Tornado Season in Arkansas: How Strong is the Storm?

The state of Arkansas is not considered as a part of the well known Tornado Alley cluster of the Central United States, but being in the south, it is still susceptible to tropical storms, hurricanes and tornadoes.

The southern states are often the target areas for tornadoes and tropical storms as they have the perfect climate for a tornado’s formation. The combination of the warm and moist air coming from the Gulf of Mexico colliding with the continental chilly air from Canada are the key ingredients in this recipe for disaster. 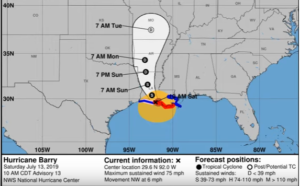 How often do Tornadoes hit Arkansas?

There are usually about 39 tornadoes that strike Arkansas each year, the prominent storm season usually taking place in the springtime and then going on and off again, slowing down in the winter. Arkansas is located in an area known as the Dixie Valley.

When is tornado season in Arkansas?

Ground Zero storm shelters recently updated their website with the calculated average number of tornadoes that hit Arkansas each month:

A History of Rough Weather in Arkansas

Of course it’s not always that an Arkansas tornado strikes and leaves its mark every year, but some of these storms have made a substantial difference in Arkansas history. Hurricane Rita of September in 2005 was a Category 5 hurricane with winds over 175 miles per hour. Rita had brought rains and winds that left over 60,000 homes with power outages. Eleven tornadoes were recorded in the event of Rita’s vicious attack.

Later, in the year of 2008, another two tropical storms came crashing down onto Arkansas, releasing over 8 inches of rain across the entire state. Hurricanes Gustav and Ike, Ike making his move less than two weeks after, sent roads into disarray, being covered with almost another foot of water. In this event, a total of nine tornadoes were recorded in Arkansas.

Going back even further in time, in the year of 1999, Arkansas hit the record of the most recorded tornadoes on any individual day in January within the entire United States. Fifty-six tornadoes struck that day with quite the sight of damage being reported across the entire state.

In the month of March, again within the tornado season in Arkansas, came the deadliest outbreak of these vicious vortexes of air. On March 21, 1952, a total of 112 people lost their lives to a series of seventeen tornadoes occurring that day.

How does Arkansas Hurricane Compare to Other States?

The states fatality rates are significantly higher than anticipated for a state with a fairly low population density.

How To Prepare For a Hurricane