Hurricanes are a common occurrence in Sarasota Florida. Hurricane season in Sarasota starts June 1 and ends officially on November 30 every year. Sarasota is a vulnerable city located in the South of Tampa Bay, bordering the Gulf of Mexico, Manatee River, Little Sarasota Bay, and inter-coastal waterways. Statistics show that Sarasota has been affected directly or indirectly 36 times in the last 146 years including the Storm Emily and Hurricane Irma of 2017. 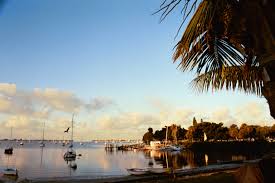 Some of the popular storms that hit Sarasota in the past few years include Donna, Judith, Charley, and Barry. In August 2004, Hurricane Charley was close to the western Sarasota County. A wind recorded to be about 145mph hit Punta Gorda which is just 40 miles away from the south. In 2007 also, A Tropical Storm Barry passed on the west of Sarasota with winds at about 40mph.

How often is Sarasota prone to Hurricanes?

Sarasota is located in a vulnerable part of Florida. Although the major parts of this city are not always affected, some parts of Sarasota are often touched during storms. Theoretically, Hurricane Sarasota usually occurs every 4 – 5 years. However, the tropical storm that affects the entire vicinity occurs every 23 – 24 years.

After the 2007 Hurricane Charley, Sarasota also suffered from the Tropical Storm Derby which occurred on June 23, 2012. Derby caused extensive flooding in North and Central Florida during this period. This fourth tropical cyclone developed from a trough of low pressure in the central Gulf of Mexico.

The 2017 Hurricane season brought two different storms to Sarasota. These are the Tropical Storm Emily and Hurricane Irma. The Tropical Storm Emily strikes the residents in the middle of the night and hit Anna islands in the morning of July 31, 2017. Emily didn’t hinder the residents from going to the beach. However, it allows the officials and residents to test-run their storm preparations.

One month later, the news of Hurricane Irma reach the people of Sarasota, leaving them with few weeks of preparation. Forecasters predicted Sarasota Florida Hurricane damage from a Category 4 storm with a storm surge of about 10 feet and winds of about 150mph. However, Irma erupted in the night of September 10 as a category 2 storm.

The Sarasota Florida Hurricane damage was not as widespread as anticipated. Power outage lasted for some days and many trees fell on homes and offices. Debris and damage cleanup reportedly cost $8.2 million while there was no significant infrastructure or property damage. Read about the biggest hurricanes in history

Safety precautions against the Tropical storm

Before a hurricane will occur in Sarasota, you will be aware of an impending storm far enough in advance. This will enable you to install your hurricane shutters and other preventive structures. This information will be communicated by the authorities via radio TV and the internet. If you find your home or business in a flood area, the best practice is to quit temporarily and seek alternative shelter in flood-free areas.

Read Now: How to Prepare for a Hurricane

There are several churches, schools, and mosques that offer temporal shelter for people in the flood zone. In fact, some of these places are pet-friendly. However, make sure you inquire ahead before you arrive with your pets.

Some residents of Sarasota prefer to stay in their home during an intense storm and ride out the storm. As much as this is not recommended, you should prepare an interior room with your hurricane kit if you plan to do so.  When driving also, take note of evacuation route signs. Of course, preparedness is the key to safety during Hurricane Sarasota.